Indian Panorama Awards 2019 List (IFFI): The 51st International Film Festival of India (IFFI), under Indian Panorama, will be awarding 26 Indian films in 2020. The official announcement was made by IFFI in a press release and their official website IFFI. Apart from the 26 Feature films including Mainstream Cinema, there are 15 other Non Feature films selected in this category. 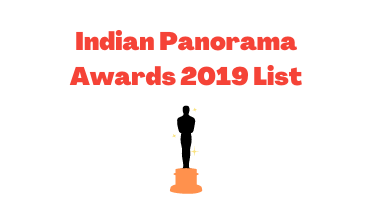 Checkout the List of 26 Feature Films selected in the Indian Panorama 2019 is as follows.

Below are the Non-feature films selected for the Panorama Awards.

What is Indian Panorama Award for Films?

Indian Panorama is a flagship section of IFFI, which selects the best Feature and Non-Feature Films in India every year. These awards were introduced in 1978 to promote the Indian Films on the International Canvas.