List of Indian Zombie Movies Till 2021: The Zombie Genre started in Hollywood in 1930’s and after many years the Genre has been adapted by Indian filmmakers. Zombie is considered as the sub genre of Horror but it has a little comedy and exciting scenes in each frame of the film. Moreover, Zombie movies doesn’t follow any fixed set of rules in film-making. So, many of the filmmakers have redefined Zombie Films with their own style of making just by adapting the creature. 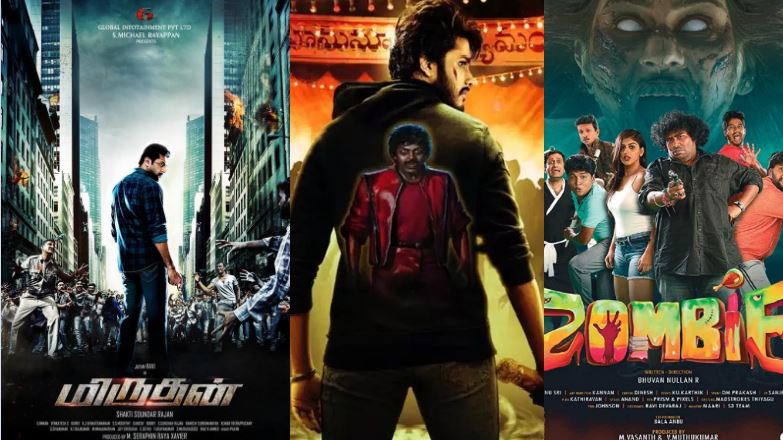 Designing the Zombie Creature is the core concept behind the Zombie Genre while the rest of the concept looks same in any Zombie movie. On this page, we are going to look at the List of Indian Zombie Movies Till 2021. From Go Goa Gone (2013) to Zombie Reddy (2021), these Indian filmmakers have designed zombie movies relative to Indian nativity. Let us have a look into the best Indian Zombie movies till date.

Zombie Reddy is the latest Telugu film based on Zombie Genre directed by Prashant Varma. This is the First Zombie film in Telugu starring Teja Sajja, Anandhi, Daksha Nagarkar, Raghu Babu and others in lead roles. The story of Zombie reddy revolves around Corona Virus and COVID-19 vaccine. The Zombie genre is mixed with Action and Faction genres.

G-Zombie is the latest Telugu film directed by Aryan & Deepu while produced by Surya. The movie released on 05th February, 2021 in Telugu language along with most anticipated film “Zombie Reddy”. Interesting thing is both belongs to the rare Zombie genre.

The third story in the Netflix Hindi anthology Web Series “Ghost Stories – Story 3” directed by Dibakar Banerjee is one of the best intriguing thriller and serious zombie film in this list. Though the film is 30 minutes it is one of the best exciting Zombie Horror film.

Miruthan, the first ever Tamil Zombie thriller starring Jayam Ravi & Lakshmi Menon in the lead! This is the high octane zombie thriller is directed by Shakthi Soundara Rajan and has music by D. Imman. Miruthan is one of the best Zombie films in India till date.

“Rise of the Zombie” is India’s first Zombie Origin Film Presented by BSI Entertainment, Luminosity Pictures, A Kenny Media Production; Directed by Devaki Singh & Luke Kenny. RISE OF THE ZOMBIE will be the journey of transformation and origin of Zombie genre.

Zombie Genre was introduced to Indian Cinema by Bollywood in 2013 with Rise of Zombie and Go Goa Gone movies. However, the best Indian Zombie Movies are only from South India (Tamil and Telugu). The latest Telugu film in this genre “Zombie Reddy” is regarded as the best of all zombie movies in India for its story, VFX and CG.

One of the interesting fact about Zombie in Indian cinemas is Tollywood Megastar Chiranjeevi is the first actor to play the Zombie role in “Golimaar Golimaar” song in Donga (1985) which was inspired by Michael Jackson Thriller. This song is very popular in India and we can find this song references in Go Goa Gone (2013), Zombie Reddy (2021) and a few other movies.