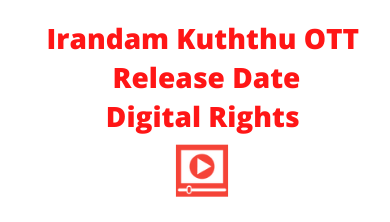 Now the makers are planning to release this movie in OTT platforms since a longer run isn’t being expected. SimplySouth has already confirmed Irandam Kuththu OTT Release outside India. But, the OTT release date is not finalized yet.

As we all know, Iruttu Araiyil Murattu Kuththu (2018) has received a great reception especially among the Tamil youth audience. However, the sequel Irandam Kuththu (2020) is not up to the expectations but succeeded in bringing audience to cinema halls during the lockdown.

In Irandam Kuththu, the director Santhosh P. Jayakumar himself portrayed the lead character. In addition to this, the film also had actors such as Daniel Annie Pope, Karishma Kaul, Akrithi Singh, Meenal Sahu and others.

After making a Gross collection of over Rs.3 Crore in Tamil Nadu state, the makers are now planning to release this movie for non-local audience. So, people outside India can watch this movie on Tentkotta and Simply South apps very soon.

Outside INDIA (for Non-India Audiences)

The movie will be available for for Non-India Audiences on Simply South and Tentkotta. So, people who are residing outside India will get the early access to this movie.

Watch this space regularly for the OTT release date update in India.