Aha Video is all set to premiere five movies in Telugu directly on its platform in this October. 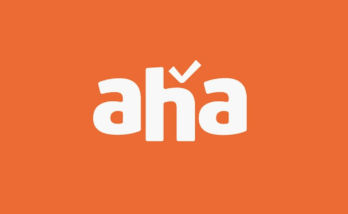 Allu Aravind, The owner and Head of Aha Video, said, “Aha is the only Telugu dedicated OTT platform which brings a lot of entertainment to home in Telugu. The Aha App was launched in January 2020 and picked up well in the Lockdown season by releasing more than 20 new films just in last two months”.

This announcement has from Aha Video App has excited many film-buffs. So what’s say, let’s have a detailed look into the new films list:

Android Kattappa is a Telugu dubbed Malayalam movie. This is the story of a small town villager and his son who has to move away from home due to his profession. Their relationship gets an endearing twist when an AI humanoid enters their lives and fills in their emptiness.

Moothon comes with a story-line of a transgender child from Lakshadweep sets off to Mumbai in pursuit of Akbar, an elder brother who left the island due to his sexual orientation. The mo

Addham (Telugu Web Series) is an anthology of three tales revolving around morality. It brings alive a world of situations which takes the characters on a journey of self reflection. This anthology film is based on three different themes The Unwhisperable secret, Cross Roads and The Road That Never Ends

Color Photo is the story of a Black boy falls in love with a beautiful girl in a village. This is the debut movie for Suhas as a Hero and Sandeep Raj as a director.

So, get ready for some top level entertainment as Aha Video App that brings highly anticipated movies of 2020 directly to your home and PCs. You can watch as many movies and shows as you want. However, You just have to sign-up for a new account.

Talking about the subscription plan, which costs just Rs 365 per year as an introductory offer. In the subscription, you get benefits like free movies, Web Series, Originals and more.