Tollywood movies on Amazon Prime Video, Aha video, Netflix and ZEE5 always intrigue the Telugu audience than any other language, due to obvious reasons. This month, we’re set to see most exciting Thrillers, Rom-Com, Science Fiction, Action and Drama. Moreover, There are also some big releases in Theaters starting from this month. Since we don’t want you to lose track of the best movies of December 2020, here we have come up with the Top 5 Telugu Movies in December 2020. 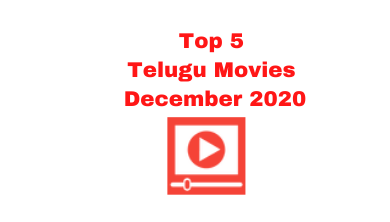 IIT Krishnamurthy is a Mystery and Thriller film directed by Sree Vardhan starring Prudhvi Dandamudi, Maira Doshi, Vinay Varma, Anand Bharathi & others. The movie is received well by the OTT audience but failed to grip the audience till the end. However, IIT Krishnamurthy is one of the worth watching movies on OTT platform in December, 2020. The movie is currently streaming in Amazon Prime Video.

Mayanadi is a Telugu dubbed Malayalam movie starring Tovino Thomas, Aishwarya Lekshmi in lead roles. This romantic drama is directed by Aashiq Abu while produced by Aashiq Abu , Santhosh T Kuruvilla. The Telugu dub version is currently streaming on Aha OTT platform. The IMDB rating of this movie is 7.8/10.